Highlights from the deployment: 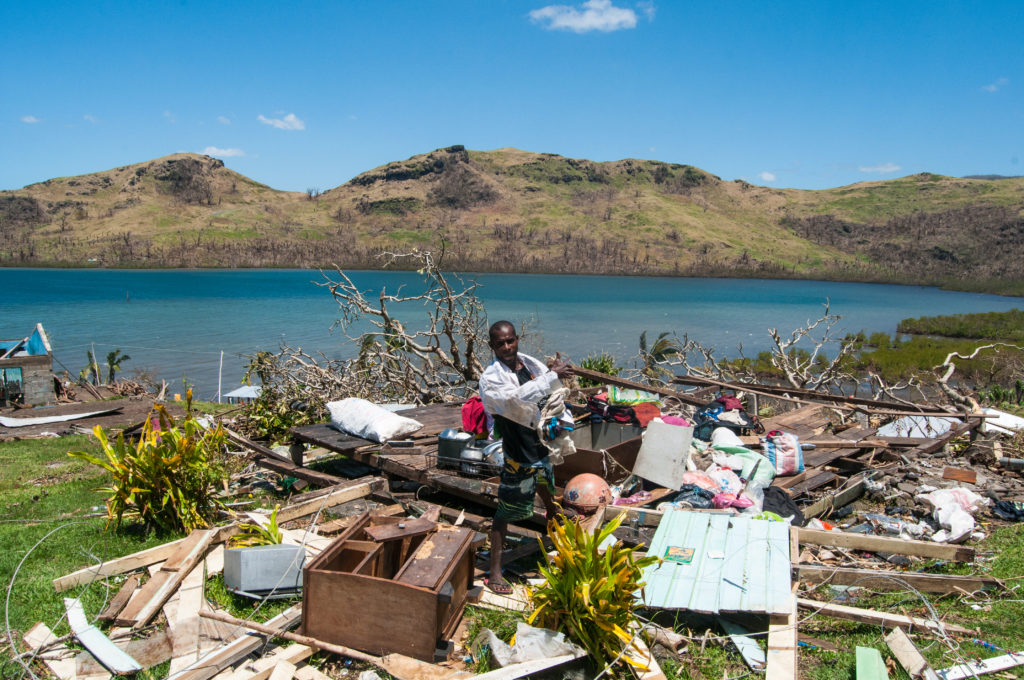 On February 20th 2016, Tropical Cyclone Winston hit the islands of Fiji with wind speeds up to 185mph, the strongest storm recorded in the Southern Hemisphere. Mammoth Medical Missions (MMM) was encouraged to deploy a medical team by our partner, Direct Relief International (DRI), which had contacts within Fiji reporting that there was a great need. 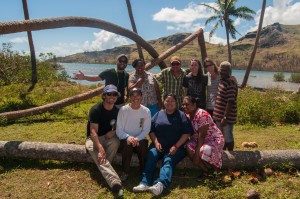 On arrival to Fiji, the team met with administrators from Lautoka Hospital as well as representatives of the Ministry of Health. After a briefing on the disaster, the team was assigned to the Western Division’s hardest hit area: Rakiraki/Ra Province. After renting cars, the team traveled 5 hours from Lautoka, 2 hours on unpaved, recently cleared roads, to the remote village of Namarai.

The destruction witnessed was severe. Usually lush with palms and mango trees, the area was stripped of its vegetation, broken trees damaging buildings and blocking roads. No building had escaped damage and the vast majority of houses were uninhabitable or completely demolished. A frequent sight was a bare wooden floor, with the walls, roof, and belongings all having been blown away. The villagers were sleeping in evacuation centers: schools, UNICEF tents, community centers, or any building which survived. Villagers whose houses remained took in several other families. In Namarai, 140 people slept in the community center, a 20 by 60 foot room with tarps and bamboo mats lining the floor and their belongings crowded against the walls. The people of Naocobau either slept unsheltered on tarps or in another village’s evacuation center. 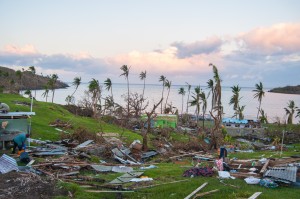 The village of Namarai at sunset

In preparation for an austere setting, the MMM team had brought shelter, food and water filtration. They camped in tents erected next to the nursing station, ate MREs brought from the United States and filtered water that was available from the intact local well. The team did not burden the already stressed local housing/shelter situation or eat any of the aid food on which the villagers were relying.

In Namarai, the team worked together with the 2 locally stationed nurses, who had until then received no communication from the health system or outside world. The first day was spent restoring function to the damaged nursing station and seeing patients from Namarai and nearby Nalocobau, where 100% of structures were destroyed in the cyclone.

The next few days the team spent traveling by truck to the neighboring villages seeing patients in schools, evacuation centers, tents, and makeshift structures. They brought all supplies with them, at times hiking to patients that were unable to leave their place of shelter. The other villages visited were Saioko, Verevere, Nabukadra, Naqeleqaqa, and Nayavutok. 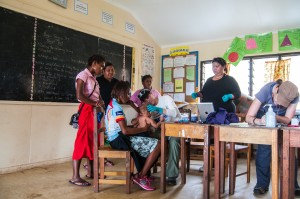 The MMM team working out of Saioko school

The majority of cases seen were infected wounds sustained from flying debris during the cyclone. There were many wounds sustained while working to build temporary shelters or from stepping on nails. Local anesthesia and debridement was performed on most of these wounds and antibiotics given as needed. There were a great number of abscesses, many with associated cellulitis that required incision and drainage and antibiotics. Medical complaints were not as common, but several people had musculoskeletal pain from working hard and likely exacerbated by uncomfortable sleeping situations. Severe wounds were re-checked, debrided, and dressed on subsequent days.

The local community of Namarai honored the team with a kava ceremony the last night and gave heartfelt thanks for the medical aid and hope that the team had brought. At a debrief meeting at Lautoka Hospital, administrators presented the team with a certificate of appreciation as well as an emotional thanks prior to the team’s safe return to the United States.