Joseph grew up in Nashville, Tennessee. He received a degree in Neuroscience from Tulane University in New Orleans. After medical school at UAB Birmingham, he completed a General Surgery residency in Seattle. In 2012 he and his partner, Dr. Richard Wagner, took over the general surgery practice at Mammoth Lakes Hospital. He has practiced medicine in Thailand, Vietnam, Samoa, Mexico, and Ecuador, and served as Surgical Director for MMM’s 2014 Chiapas Mission. He skate-skis, plays guitar, dances, and performs a rousing version of Maná’s Rayando el Sol on the ukulele.

Stephanie grew up ski racing on Mt. Hood. She learned to climb after college in Boulder, Colorado. She matriculated from Dartmouth Medical School and the University of Hawaii, and is board certified in both OB/Gyn and Internal Medicine. She spent 7 years at PeaceHealth in Eugene, Oregon, delivering 200 babies a year and doing hard surgeries. In 2011 she moved to Mammoth Lakes, CA, where she skis, climbs, and works to improve women’s healthcare in the rural Eastern Sierra Nevada. Through MMM’s education programs she hopes to make under-served areas across the globe more self-sufficient in their patient care. 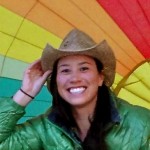 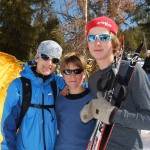 Mark grew up in Bend, Oregon. She has a degree from Oregon State University in Secondary Education and Biology/Health. Serving in the U.S. Army, she was stationed in a dental field unit in Germany, providing care for soldiers during Desert Storm. A certified dental hygienist, the widow of Dr.  Mark and the mother of two boys, she lives in Mammoth Lakes, CA. She has participated in numerous medical missions in both the Philippines and Southern Mexico. 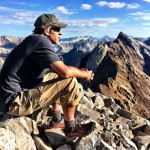 Mr. Kelly has won numerous awards as a freelance writer, writing for the Los Angeles Times Magazine, Men’s Journal, The New York Times, Outside, and many other publications. He is the author of the Lowell Thomas Award-winning Explorer’s Guide to Yosemite & the Southern Sierra Nevada (Countryman Press), now in its second printing. His five-part series for Powder Magazine on The Human Factor in avalanche accidents is a finalist for the 2015 National Magazine Awards. He served as administrative liaison on the first 2009 Mammoth Medical Mission to Chiapas, Mexico, and as field logistics coordinator on MMM’s rapid deployment to the central Philippines in the wake of Super Typhoon Haiyan. Read his narrative account of that mission here. 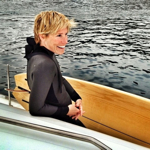 Dr. Johnson is an Emergency Medicine Physician based out of Seattle, Washington. Chief Resident during her final year of training at UCLA, she went on to spend eight years working full-time in a high-volume urban Los Angeles emergency department. She has served as Medical Director for the Association of Surfing Professionals’ World Championship Tour in Tavarua, Fiji, and Teahupoo, Tahiti, and as covering physician for a heavily overburdened medical facility in Port au Prince, Haiti. She’s backpacked for 2 months at a time on the Appalachian Trail and the Pacific Crest Trail, and traveled with a malarial research team along the southern edge of the Sahara Desert in Mali. She speaks fluent French and (after a dollop of tequila) Spanish. See some of her published photography from MMM’s Typhoon Haiyan mission here and here.

Walter is an international award winning screenwriter and director with over fifty major network, cable and studio productions to his name. His film-making adventures have taken him to the far reaches of our beautiful planet ranging from the subcontinent of India, to deep within the jungles of the Brazilian Amazon, to the soaring summit of Mt. Blanc in the French Alps. Born in French Canada, Walter began his movie career in New York City and then moved to Hollywood where has garnered numerous Emmy nominations and major film festival awards. Fluent in French and English, he has directed documentary and dramatic productions in the United States, Canada, France, Brazil, Trinidad, Goa, Romania, Bulgaria, England, Ireland and Spain just to name a few. He now splits his time between Mammoth Lakes and Long Beach where he works both in the film business and as an educational specialist. He is a senior member of both the Writers and Directors Guild of America. He loves to ski, trek, climb and hike. The newest member of the advisory board, he is both humbled and excited to be given the opportunity to help create productions for MMM which will highlight their amazing contributions to the well being of others.