Mammoth Medical Missions is a California-registered secular non-governmental non-profit 501c3 organization run by a volunteer BOARD OF DIRECTORS with the assistance of an ADVISORY BOARD. Co-founder Mike Karch, MD, is currently serving as CEO. Co-founder David Page is currently serving as C.O.O. and Interim Executive Director. Our administrative HQ in Mammoth and all medical missions are staffed (and in part paid for) by volunteer medical practitioners and other volunteers from the community of Mammoth Lakes, California, and beyond. 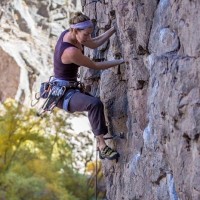 Mark works as a Registered Nurse in Bishop, California. She has degrees in geology from Mount Holyoke College in Massachusetts and nursing from George Mason University in Virginia. She spent five years working as a Law Enforcement and Climbing Ranger in Yosemite and Grand Teton National Parks, specializing in mountain rescue and Emergency Medical Services. Mark has an interest in international development and health, and has lived and worked in such places as the Republic of Kiribati, South Pacific and Senegal, West Africa. She is a passionate climber and skier, and has served as the lead medic while on a National Park Service climbing patrol of Denali in Alaska. She speaks fluent French and passable Pulaar.
(Photo by petphoto.com) 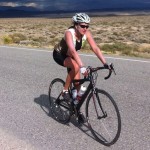 Terry is a physical therapist at Mammoth Hospital S.P.O.R.T Center in Mammoth Lakes, CA. She specializes in orthopedics, acute care, wound care and vestibular rehabilitation. She graduated from the University of Florida with a Bachelors degree in Exercise Physiology and from Elon University with a Masters of Physical Therapy. She is a team physical therapist for the United States Ski and Snowboard teams and a regular volunteer with Disabled Sports Eastern Sierra. On MMM’s most recent mission to Chiapas, Mexico, Terry was charged with the organization and tracking of all supplies needed for the trip, ensuring everything made it to Chiapas and back. She was also part of the orthopedic surgical team and provided physical therapy to post-operative patients. She is a member of the East Side Velo women’s race team, and a downhill and cross country skier. 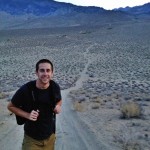 Richard is a Certified Athletic Trainer and Certified Orthopedic Technologist. He works in the orthopedic clinic at Mammoth Hospital’s SPORT Center, provides outreach athletic training services for Mammoth High School and Mammoth Mountain Ski and Snowboard Teams, and serves as a rotational athletic trainer for the US Ski and Snowboard Teams. After completing his undergraduate education in exercise science at the University of Wisconsin Green Bay he went on to get his Master of Science in Athletic Training degree at Weber State University in Ogden, Utah. Richard served as medical coordinator and provided medical coverage for numerous events including the Summer and Winter Dew Action Sports Tour, UCI BMX Supercross International, San Diego Bay Fair Boat Races, Seaside Beach Volleyball Tournament, Tough Mudder, and Ragnar Relay, among others. Mike was a member on MMM’s surgical strike team to the central Philippines in the wake of Super Typhoon Haiyan in November 2013.

The MMM 2014 Chiapas Mission Team at the Hospital Básico Comunitario.

The team on the ground for the November 2013 mission to Tanauan, Leyte, Philippines.

Back home in Mammoth, communications and coordination were handled by Pam Bold, Kim Escudero, MD, and Gilann Bourne.