Dispatch from CEO Mike Karch, MD, about his recent trip to SF, DC and CO
UCSF San Francisco, CA, Meeting of the American College of Surgeons

I was joined by Jennie Walker, MD, ER physician at Mammoth Hospital and her husband Scott (pilot and firefighter) for the American College of Surgeons and UCSF review of the July 2013 Asiana flight crash. The meeting highlighted 3 points of interest to MMM and mass-casualty training in general. 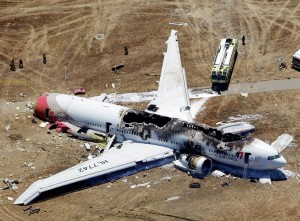 1. As the majority of passengers on the flight did not speak English and also as the majority of them had their passports in their carry-on luggage at the time of the crash, patient identification as well as communication were major barriers in the triage, treatment and recording of patient-related events during the mass-casualty incident. We had similar but surmountable problems in the Philippines.

2. The hospital and first responder staff of San Francisco did an amazing and heroic job of triaging and treating the crash victims with only two deaths despite the potential for much greater loss. Their efforts should be applauded. HOWEVER: All physicians involved identified the need for additional mass-casualty training and specifically mass-casualty drills in city and hospital-wide programs. When asked if this didactic and simulation was currently incorporated into the medical student and resident training curricula, the answer was universally no.

3. The Asiana flight crash was an isolated mass-casualty incident. Literature on this topic suggests that in an event such as this, the hospital system can expect greater than a 100 percent response of medical nurse and tech staff to respond. Of the 12 hospitals involved in triaging the 187 patients involved in the crash, every hospital saw an overwhelming response by the professionals involved ( greater than 100 percent of the professional skill set were available to respond in time of crisis). HOWEVER: if a city or statewide mass-casualty event were to occur where the city and staff infrastructure were itself part of the victim complex, it can be expected, per the literature, that upwards of 30 percent of the triage/surgical team will not be present. In addition, a significant attrition rate can be expected to occur within the team each day after the event leaving highly trained response teams (first responder, emergency room, surgical and recovery room teams) with significant vacancies in their ranks.

When asked at the UCSF meeting what was the plan if this were to occur, the answer was that there was no plan and the city would simply wait for federal agency support to arrive and continue operations.

Literature also suggests that in the last 10 years of worldwide civilian mass-casualty events, the federal and/or international response time is somewhere between 72 and 100 hours. The first 100 hours of triage and trauma care are therefore left to the local medical response, many of which either are not present or are, themselves, part of the victim complex. The answers given at the UCSF meeting support our thesis that the golden 100 hours of mass casualty is not yet recognized and also highlight the need for light and fast civilian mobile forward surgical teams to act as quick response strike teams and to be on the ground and operational within the first 24 hours after an event.
Washington DC

Kim and I had the opportunity to reunite with prior mentors at the Georgetown University School of Medicine. In addition to reconnecting with my most influential mentor and orthopaedic residency director, John Delahay, MD, we also met with Dean of Students, Steven Ray Mitchell. Currently, Mass Casualty Training is not incorporated in the standard medical student curriculum. However, Dean Mitchell clearly understands its value and wants to begin discussions on either direct lectures to the Georgetown student body or providing a live feed electronic link to the lecture hall during the Mammoth Mass Casualty Seminar: September 10-12 2014. I believe there is great potential to begin introducing mass casualty concepts to the Georgetown medical student body as well as resident physicians in the near future.

That evening we were invited to speak at the Philippine Embassy on behalf of the MMM strike team in the immediate aftermath of Super Typhoon Haiyan. Other guest speakers included a representative each from Team Rubicon and the Pentagon. The event was attended by the Philippine Ambassador and his staff, military and political dignitaries including two US senators and the Washington DC based Philippine community at large.

Each of the three representatives offered a 20-minute PowerPoint slide and video presentation on their respective team’s experience in the Philippines. A one-hour question and answer session followed. In addition to expressing their sincere gratitude to the Mammoth Team, we continued significant discussions concerning MMMs role in the education of the Philippine civilian and medical communities in Mass Casualty Training. We did receive a green light by the Ambassador and this process will formally begin with an ‘MMM-sponsored’ lecture series in Manilla and the Central Philippines in August 2014. The format will follow that of the Mammoth Mass Casualty Seminar with focus on typhoon and earthquake incidents and an organized rapid response to these events.

We also discussed a reunion mission to Tanauan in November 2014. The Ambassador has given his approval of this as well. MMM will be receiving an official award by the Philippine government in Washington DC in June.
Denver, Colorado

I had the great opportunity to lecture to the first and second year medical school class (class of 2016 and 2017) at the Rocky Vista School of Osteopathic Medicine in Denver Colorado. What I found was an absolute gem of a medical school training center in only it’s fifth year of operation. The facility is state-of-the-art with an amazing cadaver lab and anatomy lecture hall. 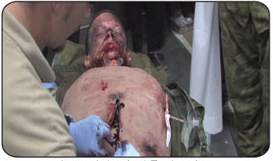 The students were both enthusiastic and engrossed for a four hour condensed version of the Mammoth Mass Casualty Seminar. As it turns out, one the school’s professors happens to be Col. Anthony LaPorta, MD (ret.). If you don’t recognize his name, Col. LaPorta is well known in mass casualty circles. Not only is he a decorated war veteran of the most recent conflicts in the Middle East and thus intimately familiar with the concepts of a Forward Surgical Team, but also, Tony also developed the Cut Suit, a rubberised human model with full end organs and blood and is a pioneer in simulated mass casualty medical training for the United States Military.

Col. LaPorta has heard of and has been very impressed with our efforts in the Mammoth Mass Casualty Seminar and was engrossed in the slide presentation of the most recent Philippine mission. I had the opportunity to tour his lab in Denver. He has agreed to not only bring the cut suit to the 2014 Mammoth seminar but also to instruct and bring a contingent of medical students with the sole purpose of writing scientific papers on cut suit simulated mass casualty training in an isolated mountain environment (September 2014). He has suggested an avalanche scenario that can incorporates MMC seminar participants, ski patrol, EMS, and hospital personnel.

Rich Koehler and I have been invited to participate in project “Urban Shield,” a cut suit demo in the Bay Area next week. We will demonstrate surgeons working on the suit in a gun shot wound to abdomen scenario.